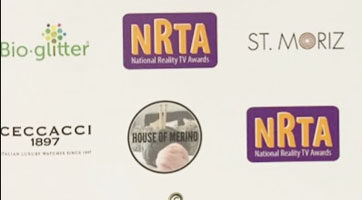 Sparkles and glam are being added to one of the most famous red carpets as we are officially sponsoring the 2018 National Reality Television Awards!

Yes, that’s right, we are official sponsors of the awards and we really cannot wait the big night!

This year will see us sponsor the Best Performance on a Reality Television Show and in the running for the awards are:

As you know, we’ve become a huge hit already, with major beauty brands moving to use our glitter in their products and independent music festivals asking festivals goers to ditch the plastic glitter for Bioglitter®.

“Being involved with the awards is another fantastic way of spreading the word about Bioglitter®,” said Stephen Cotton.